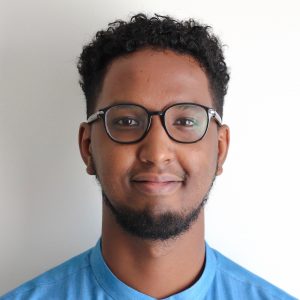 Vice-Chair, Board of Directors

Yonis Hassan is an emerging community builder. Yonis has spent time at home and abroad examining the issues facing marginalized and vulnerable communities. Partnering with community groups, government leaders, and various stakeholders, Yonis has made it his focus to be a part of the dialogue that is shaping Toronto’s future. Yonis currently serves as the Fund Development Coordinator at Artscape and previously served as the Community Engagement Lead at the Dovercourt Boys and Girls Club. Yonis brings with him experience living abroad in East Africa, where he has worked in International Development. He believes in a grassroots approach to community engagement and development, he’s passionate about increasing democratic engagement, promoting and celebrating healthy lifestyles, and improving supports for marginalized groups through policy development and education.